About the Outlook Search Test Runs

In order to capture any effect of “noisy neighbors” (other users working on the RD Session Host server at the same time as the primary user) we conducted multiple test runs per scenario:

Each Outlook test run we ran was:

The screen capture of the primary user session shows latency at the client and multi-media performance. A frame grabber records the client screen without impacting the overall performance of a test sequence. The screenshot below shows an example what the captured video looks like. 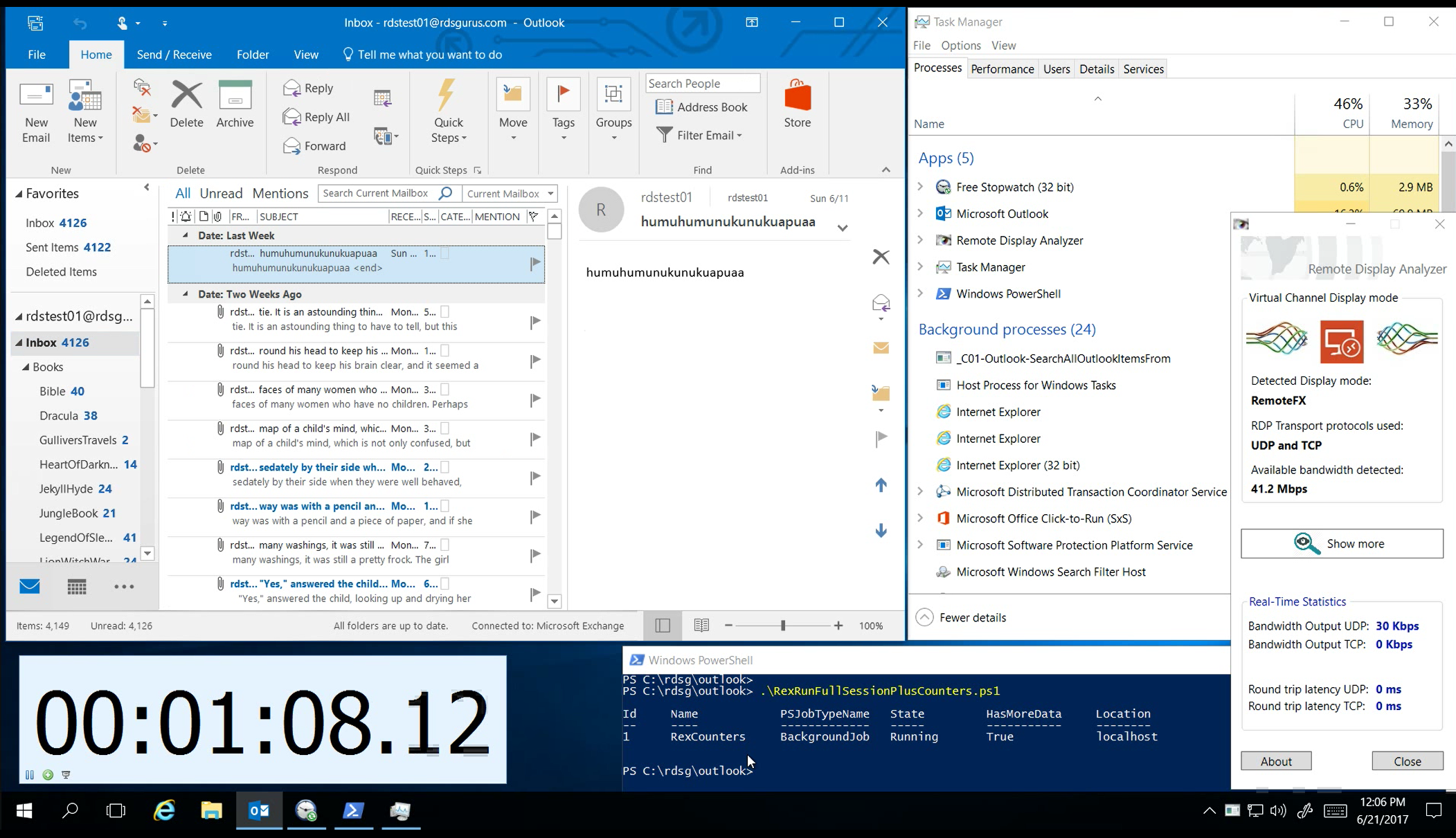 The screen capture of the primary user session shows latency at the client as well as multimedia performance. A frame grabber records the client screen without impacting the overall performance of a test sequence. We measure logon and reconnect times by recording videos of the primary user sessions, while 0, 5, 10 and 20 secondary users are logged in at the same time.

We use the individual raw videos as the input material to create pre-defined REX Analyzer configurations in a 4-up split screen arrangement. Four different video sequences play at the same time for visual comparison. Two screen recordings showing the same sequences in two different test runs in the two upper quadrants and associated Performance Monitor counter videos in the two lower quadrants.

The test sequences are compiled executables that open Outlook, do predefined work, log metrics and performance counter data, and after a set time period, exit the application and stop logging. They are stored on RD Session Host servers and launched from the primary and secondary workforce.

The secondary users are launched automatically from a controller server (control-01) using a PowerShell script. A corresponding Group Policy Object allows us to automatically launch Outlook and start a secondary load test sequence within each of those sessions. These secondary users run a continuous workload and while these workloads are running we initiate and capture the primary session. Upon completion of the test we launch a logoff script that properly logs of all secondary users.

The diagram below shows how the primary and secondary uber-exes both runs the same sequences. 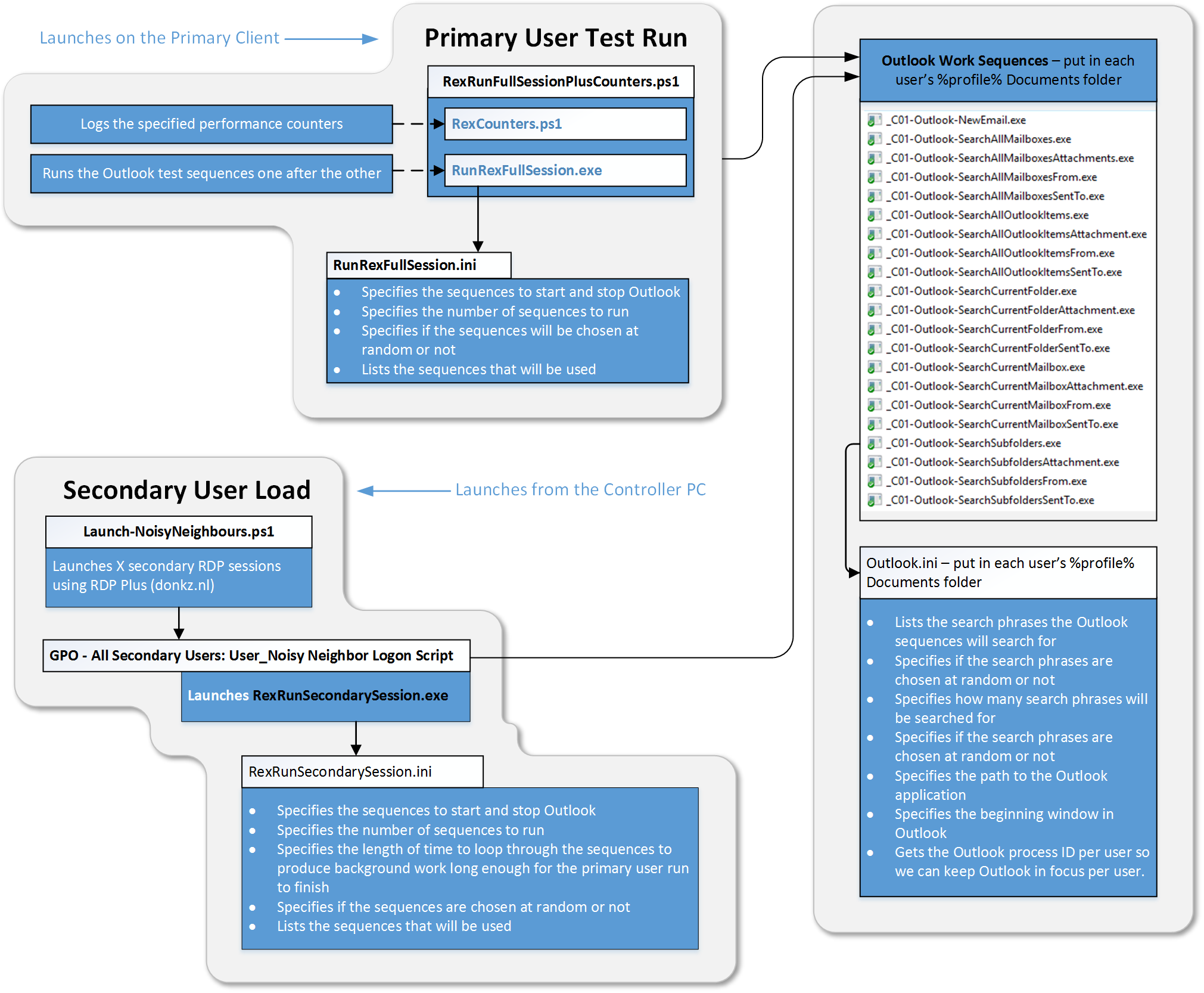