The user finishes the activation and is seems to have been successful when checking the account tab in Word at that time.

However, when the user closes Office (in the case Word) and opens another Office application, he’s now suddenly being prompted with the error “Sorry, we cannot verify the license currently installed for this product” Error code 0x80004005

This is because at this point no Credential has been created in the Credential store. 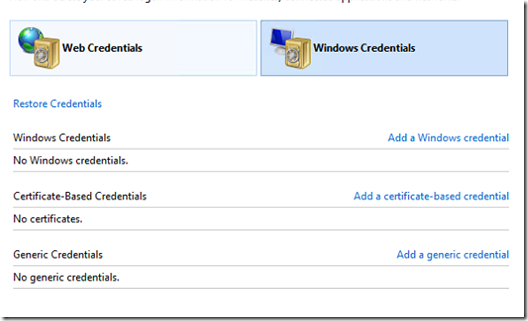 And the user has to perform activation again (even within the same RDS session).

What Process Explorer also reveals is that prior to deleting the Identity key, the value or Version is queried, and it cannot be found, because no identity has been configured yet.

Apparently Office first checks if an identity version is in place and only if there isn’t, it removes the Identity key.

So how to make the fix complete? Besides adding the NoDomainUser based on the KB article, we also add a fake version registry value using a GPO Preference, and set that to apply Once.

This results in the following in the HKCU at first logon

This causes Office to think there is an identity in place and thus it does not remove the key, which allows the NoDomainUser key to do it’s work, which results in a successful activation at first logon!

I’ve Been in contact with the Office Team, and they have confirmed that an official fix is on track to go live in April update release!