We’ve got something cool to show you at Microsoft Ignite. If you’re there, make sure you see “Get an Independent Insider’s View of Desktop Virtualization and Session Remoting” (BRK3280) on Friday morning. I think you’ll find it worth your while, as we’re showing you how we can empirically measure the remote end user experience on Windows Server 2016. Using tools that we created, Benny Tritsch, Ruben Spruijt and I did some benchmark testing of Remote Desktop Services in Windows Server 2016 to learn about the new performance and application compatibility advances in this version of Windows Server. Using the same tools, we can show the results. See for yourself how Windows Server 2016 Remote Desktop Services performs when configured for WARP, RemoteFX and the new Discrete Device Assignment (DDA). And check out the performance of the new Azure N Series VMs configured with DDA.

We wanted to see how the improvements in RemoteFX and the addition of DDA affected the remote end user experience – after all, this is what makes or breaks an RDS deployment. 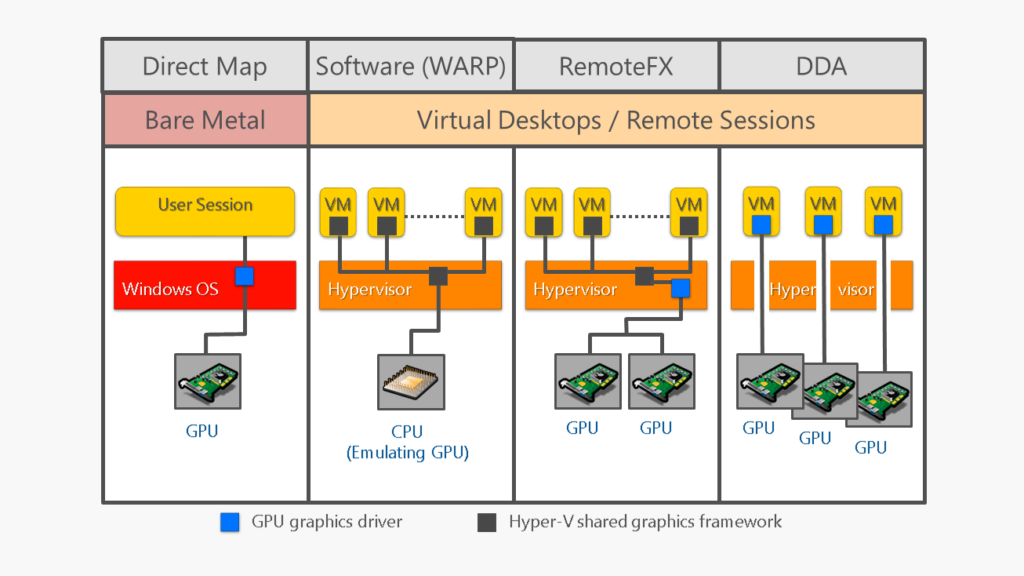 To test these new capabilities in Windows Server 2016, we used our Remote End User Experience (REX) benchmarking system currently dubbed “REX Tracker”. (REX Tracker is currently under development and not yet publicly available, but it will be in the near future so keep checking back here for updates!)

Once the test sequences are complete, we grab all the resultant data (screen recordings, telemetry data, network data and response times) and compare it in a series of 4-quadrant displays. These displays demonstrate how the system(s) handle certain graphics formats under certain conditions from the end user perspective.

REX Tracker can show several experiences, such as:

For this test run, we concentrated specifically on graphics performance in these deployment scenarios:

Be sure to see Benny’s Ignite session Friday morning, in person or online. After Ignite is over we will be releasing our results and test methodology in a series of blog posts here, so check back for more.  For now, here is a 4 up comparison of an Azure N Series VM configured to use DDA, running a DX 10 application when introduced to latency.  We also compare it to bare metal performance: